IP is my passion as it is not only about law, it is about the most amusing things around us. It is about masterpieces of mind, innovative solutions and achievements ever before dreamt of. 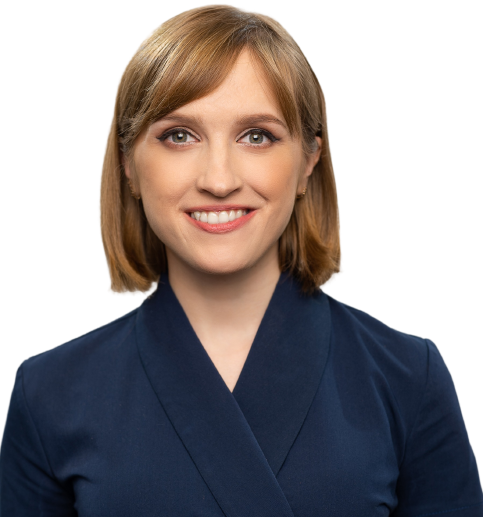 Her primary focus industries are pharmaceuticals, IT and TMT.

Ilona has a profound experience in complex trademark protection projects, including multiple court disputes regarding series of trademarks of one of the biggest Ukrainian pharmaceutical producers (e.g., invalidation of the UA PTO Appeal Chamber decision) and a successful infringement case for a famous British engine manufacturer.

She is a member of the Unfair Competition Committee of the International Trademark Association (INTA) (2022-2023), WIPO ADR Young (WIPO Arbitration and Mediation Center) and the Ukrainian Bar Association (UBA).

Ilona is admitted to the Bar.

Ilona Boliubash took an active part in a variety of complex projects in IP and, inter alia, in the following:

Ilona Boliubash is keen on detail, the value of which is hard to overestimate in the pharmaceutical business.

Our team continues to operate in Ukraine

The right to a name

According to Ukraine’s Civil Code, the use of a person’s name in any literary or other works, except for documentaries, as a character, is allowed only after a person’s consent.