Increase of official fees for plant varieties in Ukraine

Ukrainian government adopted a new Resolution "On Amendments to Resolution No. 1183 of the Cabinet of Ministers of Ukraine dated August 19, 2002", by which significantly increased the official fees for actions related to the protection of rights to plant varieties (PVR). The respective fees have not been revised since 2011. The new amounts became effective on July 15, 2022.

In addition, the government divided genera or species of plants into groups of botanical taxa, which is in line with Commission Regulation (EC) No 329/2000 of February 11, 2000.

Details may be found via the link

The new basic fees (in EUR approx) are as follows: 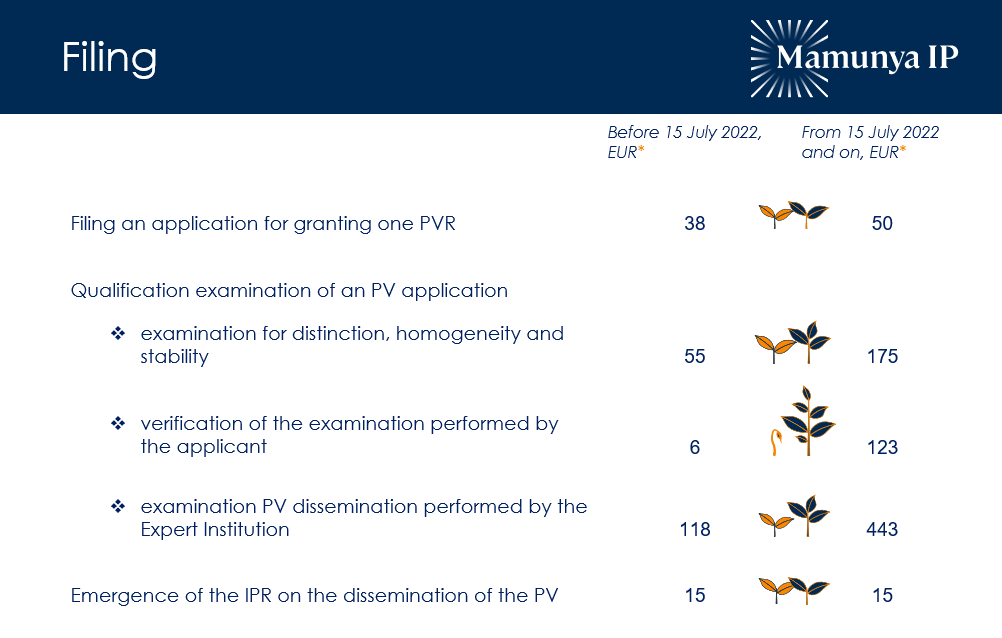