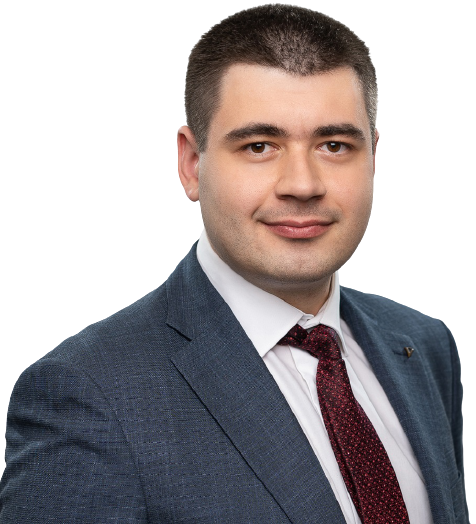 Oleksii has been practicing litigation since 2010, most of his professional career he worked with top-tier Ukrainian law firms representing large foreign and domestic companies. He has been working in the field of Intellectual Property since 2013.

His primary focus is Intellectual Property (patent, trademark and copyright) and intangible assets litigation, and anti-counterfeiting.

Aside from his courtroom practice Oleksii handled complex licensing projects and IP due diligence in various industry sectors (television, pharmaceuticals, IT, communications, etc.).

He is admitted to the Bar and is a member of the Ukrainian Bar Association (UBA).

His recent highlights include:

Our team continues to operate in Ukraine